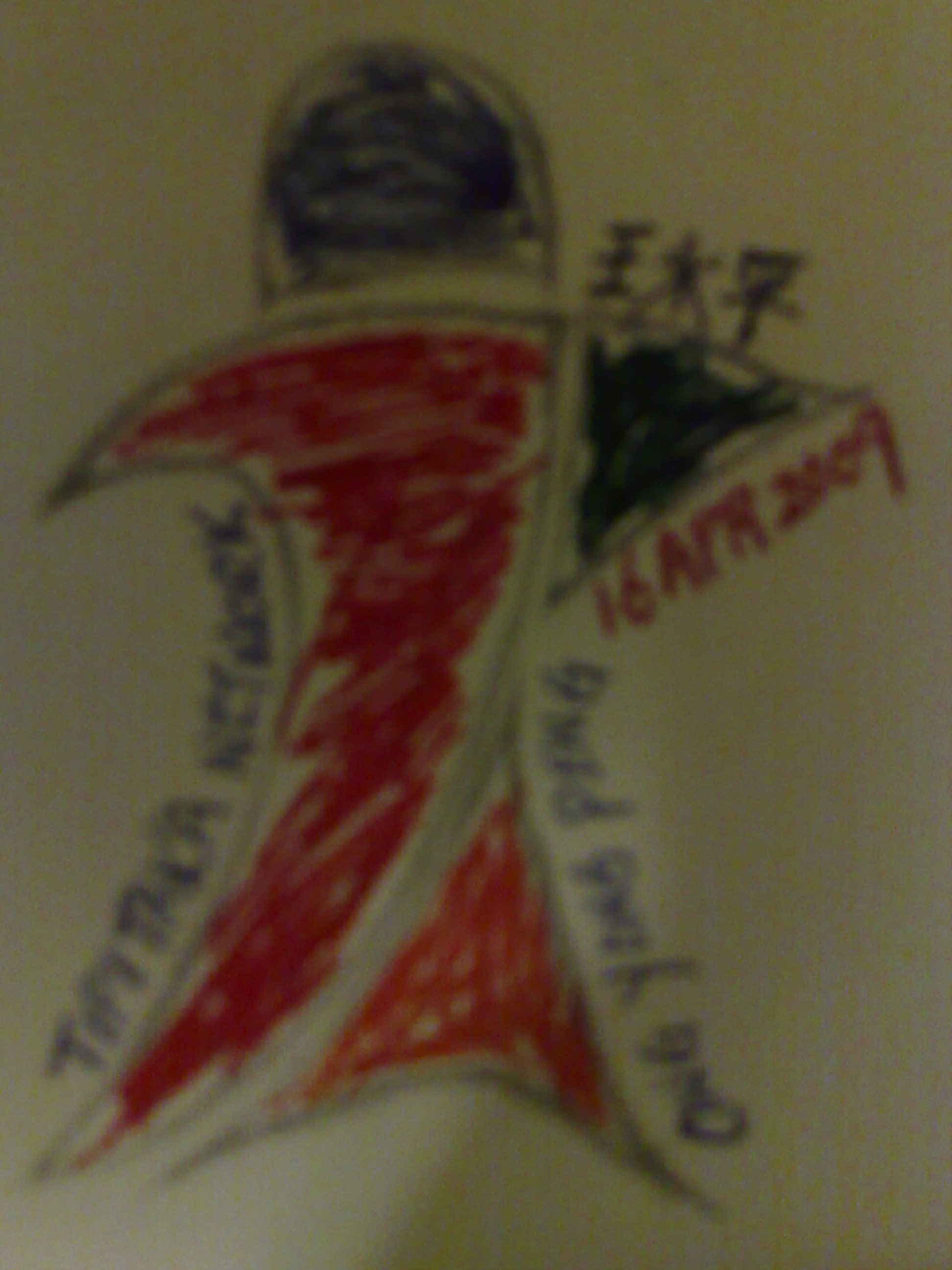 This logo is only a preliminary design. The logo is made up of four coloured shapes. Three of the shapes make up the letter 't', while the remaining one denotes an 'n'. Hence, the acronym, "tn", for Tipitaka Network. The four colours symbolise the four noble truths, which enshrine the principle of the Buddhadhamma presented in the first sermon of the Buddha. The four colors also symbolise the four constituents of the Buddhist community: bhikkhus, bhikkhunis, upasakas and upasikas. The logo is also a pictograph of a man extending both arms, which represents the Buddha's teachings as a living tradition of peace, encompassing wisdom and compassion, and reaching out to all.